Our team in Chicago–Jennie Mass, Adam Brunsen, Marc Brice, and Nick DeBias–had a full schedule last week, with Jose Teles from Niepoort, Remi Cognet from Domaine Santa Duc, and our own Martine Saunier visiting. We decided to check in and get a look at five days in the life of our reps–check it out!

“5:45 AM Woken up by my black cat Momo. Steps on my face, stomps on papers. Cat is fed. Done!
Most important part of the day–coffee prepared by my Dutch hand made coffee machine: The Moccamaster.

6:45 AM Time to go to my Cross-Fit class. I come back feeling refreshed and ready for the day.

7:30 AM Time to answer and send what feels like a hundred emails. And now, I need to see my accounts before picking Jose Teles da Silva of Niepoort wines.

1:15 PM Can’t believe I just saw four accounts in a such a short time–great appointments!

1:30 PM No parking–it’s Columbus Day. I need to pick up Jose at Joe’s Seafood restaurant. I finally score a spot, jump in the restaurant to find Martine Saunier and the group dining. I say a quick hello to all and give Martine two bisous just to keep her balanced. I never understood a single kiss on the cheek. One is a lonely number. Jose and I are off.

2:10 PM We arrive to Binny’s Marcey Street–the crown jewel in the Binny’s Wines Stores. The Niepoort Tawny NV being served BTG at the wine bar cracks a smile on Jose’s face.

4:00 PM Between appointments, Jennie asks me pick up Wes Taylor, the owner of our Mississippi distributor , Burg Wines Limited, and bring him to our showing of A Year In Port at The Music Box. It’s a grand old theater complete with stars on the ceiling and an organ player before the film starts. I drop Jose off at his hotel to freshen up, then I find a place to tuck the car, put in my last orders, answer a few emails, then give my wife a quick call hello and tell her I love her.

4:45 PM I pick Jose at his hotel in one of the most congested areas in downtown Chicago. Off we go to another congested area to pick up Wes. Off we go to The Music Box for the movie. The Cubs and Bears are both playing tonight, so the city is bustling and crazed.

5:45 PM Jennie and Martine are getting things ready when we arrive and our retail partner Knightsbridge is attending and is ready to go.

6:00 PM The movie starts and we have wines lined up to taste. The film is wonderful and Martine gives the crowd a quick hello and some stories. Everyone delights about the wines and the atmosphere is festive.

“Jose, Martine and I had a fabulous lunch at Joe’s Seafood to get the day started before our event at The Music Box that evening. The Niepoort Docil is featured by the glass there, and we could not have had a better time. It really set the tone for the evening to come, where our Niepoort wines would shine. Special thanks to our friends from Knightsbidge Wine Shoppe for helping us create such a fun night.” -Jennie

“Martine and the Chicago crew hosted friends and customers at The Music Box, a 1920s era movie theater near Wrigley Field, for a private screening of A Year in Port. It was also the introduction of the Bucaco wines to the market and everyone was impressed. We shared some antipasti, glasses of ’05 Colheita (the star of the night IMO after Martine), and some laughs as we learned about the Port industry through the film.” -Adam

“The Wines of Portugal event was first up for us on Tuesday. It was a house packed for all-day tastings and seminars featuring Evan Goldstein, MS. I especially enjoyed seeing Jose in action and having Wes Taylor up from Mississippi for the event.” -Jennie

“I picked up Martine in the morning for a busy day of seeing customers. Our first appointment was with Michael McAvena, beverage director for a booming restaurant group called Heisler Hospitality. Martine and Michael instantly hit it off, exchanging jokes and their own personal wine credos. Multiple placements were made across two different restaurants and Michael insisted on a photo with Martine for his Instagram. I later told Martine at lunch that more than 50 people had already ‘liked’ the photo which impressed her to no end. ‘Who are these people??’, she asked. 🙂 We had lunch at a long-time account, Rick Bayless’s Frontera Grill, where Martine and ate ceviche and molé and drank margaritas (her fave).” -Adam

“The Chicago team all converged on the Perspectives of Portugal tasting at the W City Center Hotel ahead of the induction ceremony into the Confraria do Vinho do Porto. Naturally, the Niepoort wines shined brightly in the room among many other Portuguese producers. Jennie, Marc and I were proudly inducted into what felt like the Portuguese wine secret society. Toasts were made, many pictures taken, and then on to dinner. We were happy that we only had to drink Niepoort wines at our table! After dinner on drenched Chicago streets, Marc, his wife, Wes (a genteel gentleman who reps Martine’s in Mississippi), and I headed to a local cigar shop where we polished off the remains of a 1957 Kopke Vintage Port while smoking stogies and swapping stories. Perfect end to a Port-driven day.” -Adam

“So this was my first time working the market with Martine, which made me instantly cool, because let’s face it, she’s a rockstar. And speaking of that, Adam told me to ask her about one–Huey Lewis.

‘Adam said to ask you about Huey Lewis,” I said somewhat hesitantly.

So that was unexpected…

Anyway, we had two great appointments–Maple & Ash and then Hart Davis Hart Wine Company. Martine and Amy, the beverage director for Maple & Ash, hit it off and before we were done, the Docil landed on the steakhouse’s by the glass list. Over at Hart Davis Hart, it was more of the same, with Martine tasting the team of Nick, Gail and James through the line-up with her special brand of humor and brilliance and grace.

The best part of the day for me was hearing Martine’s stories of how she started the company nearly 40 years ago–of how wines from Burgundy were brought here in barrel–and how she built genuine relationships with producers early on that lasted for decades. Not a bad day at all.” -Nick

“I worked with Remi Cognet from Domaine Santa Duc, visiting customers with an impressive Rhone lineup. I treated Remi to his first Chicago-style hot dog, which he inhaled in about 30 seconds. No joke. That evening one of our most loyal supporters, The Careful Peach Boutique, hosted an intimate tasting of the Santa Duc wines with their customers and Remi charmed the room with assistance from Jennie and me.” -Adam

“We love The Careful Peach–a fun boutique that hosts some of the best wine events. The owners, Karen and Peter, really have a great thing going, and we enjoyed having Remi there to share the wines of Domaine Santa Duc.” -Jennie

“Thursday was such a fun evening, but Remi and I had an early trip to Wisconsin to meet with our distributor partner, Purple Feet. The drive went by quickly as it does with good conversation, and we had a great time with the Purple Feet team. It was a great closing to a whirlwind five days.” -Jennie 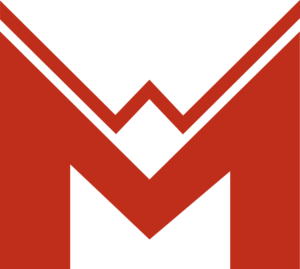