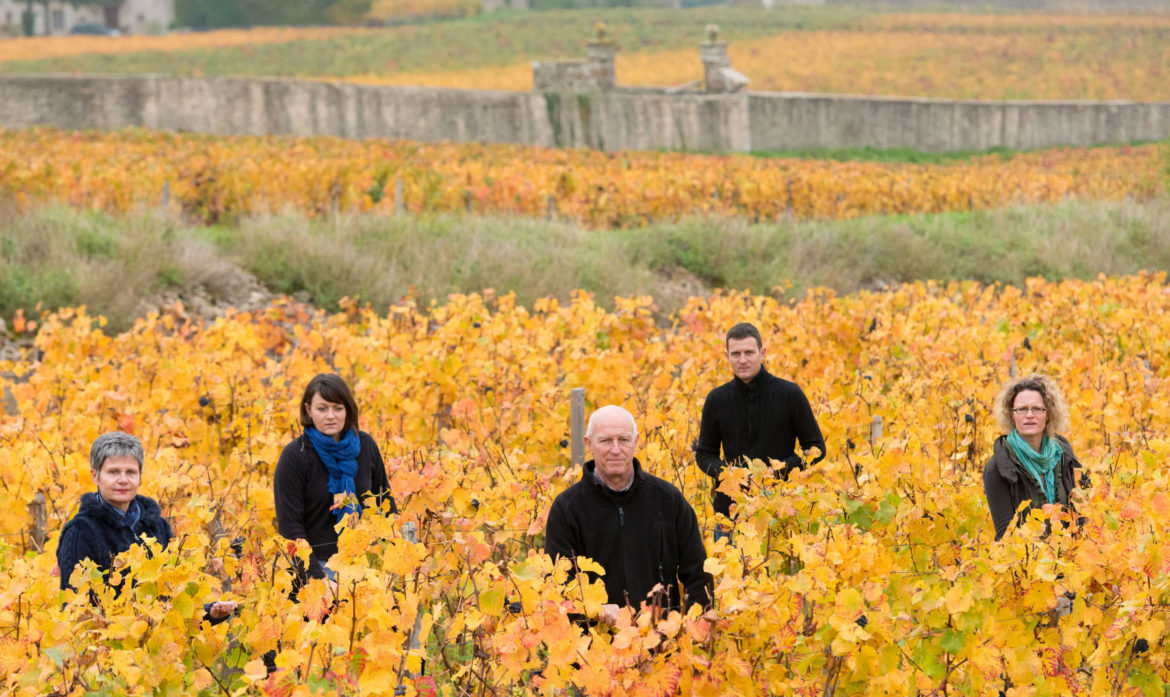 Claude Dugat has long been a respected and beloved figure in Burgundy, while the wines of his eponymous domaine have captivated the world. Working alongside him for the better part of the last decade has been his son Bertrand and daughter Laetitia, to whom Claude turned over control of the estate with the 2015 vintage.

While the Dugat family traces its roots in Gevrey back to the 19th century, it was not until 1955 when Claude’s father Maurice purchased the historic landmark Grange des Dimes and converted the stone barn into a winery that the family domaine was born. The family farms some 6ha throughout Gevrey, with many of the region’s oldest vines falling under their care in sites such as Lavaux Saint Jacques, Charmes Chambertin, Chapelle Chambertin and Griottes Chambertin.

The work of the domaine has always been a family operation, now with Laetitia working the vines and Bertrand tending to duties in the cellar. Since 2013, the farming has shifted to an organic emphasis with the adoption of biodynamic principles as well. In the winery, an emphasis on purity has inspired decisions to restrict the use of sulfur, chaptalization and acidification. With earlier harvesting, more restrained extraction and a tempered oak influence, the new generation of Dugat wines are classic in style, striking a balance between power and finesse with a transparency that allows the terroir to show through by focusing on the phenolic maturity of the fruit over manipulation.

Martine’s Wines is the exclusive importer for Domaine Claude Dugat in all of the United States.