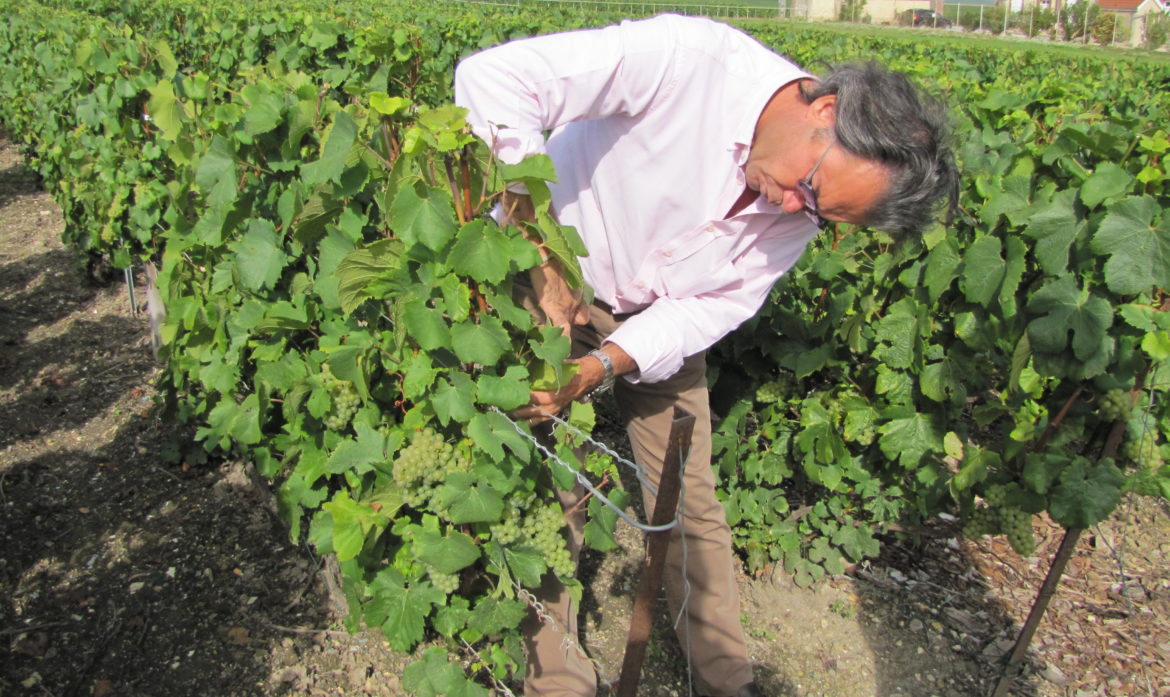 Stéphane Coquillette is a fourth-generation winemaker in Champagne. His father, Christian, has been running the Saint-Chamant Champagne house since 1950, and he lovingly sent his son out to start his own estate when Stéphane was 25. Though mentored by his father, Stéphane developed a very different style of expression at his own house, creating leaner, drier Champagnes, primarily from Chouilly (Grand Cru), Cuis (1er Cru 99%) for Chardonnay, and d’Aÿ (Grand Cru) and Mareuil/Aÿ (1er Cru 99%) for Pinot Noir.

Meticulously committed to organic practices, Stéphane avoids herbicides at all costs. Everything is done by hand, including trellising and pruning, which helps avoid disease and allows for a healthy crop. With more than 10 different parcels, he produces several single-vintage and single-vineyard Champagnes—a rarity in this region—and all his wines are small-production. Stéphane Coquillette Champagnes are characteristically precise, fresh and lively.

Martine’s Wines is the appointed importer for Stéphane Coquillette in all of the United States with the following exceptions: GA.