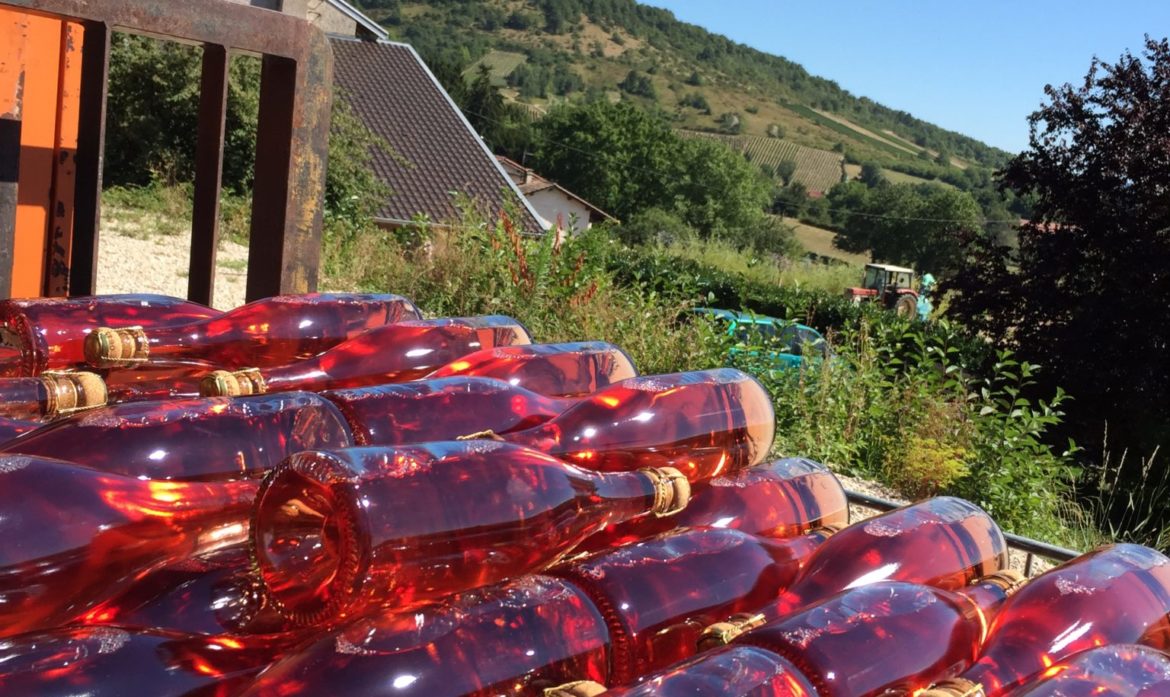 In a tiny appellation — fewer than 500 acres planted in vines — between Jura and Savoie lives the embodiment of a great success story. Marcel Perinet began his career as a waiter. He became a sommelier (best in France in 1978) and rose to serve as director of 3–Michelin-starred Georges Blanc in Vonnas. After 41 years of working for Blanc, Perinet inherited two and a half acres of land in the obscure appellation of Cerdon du Bugey in the Savoie wine-growing region.

Here, in this petite AOC, only one style of wine is produced: Méthode Ancestrale Rosé Demi-Sec. Perinet employed his deep experience, strong work ethic and exacting standards to create a slightly different version of this classic sparkling rosé. Most producers in Cerdon use predominately Gamay grapes and high sulfur, resulting in extreme sweetness. Since his first vintage in 2013, Perinet has worked organically. The blend, 80% of 100-year-old Poulsard and 20% of 40-year-old Gamay, is vinified and bottled without the addition of sulfur. Instead, Perinet has mastered controlling the temperature during fermentation and winemaking, allowing him to produce one the purest examples of Cerdon du Bugey that we have ever tasted. This makes Domaine de la Dentelle one of the most exciting and delicious wines we have found in quite some time.

Martine’s Wines is the exclusive importer for Domaine de la Dentelle in all of the United States.