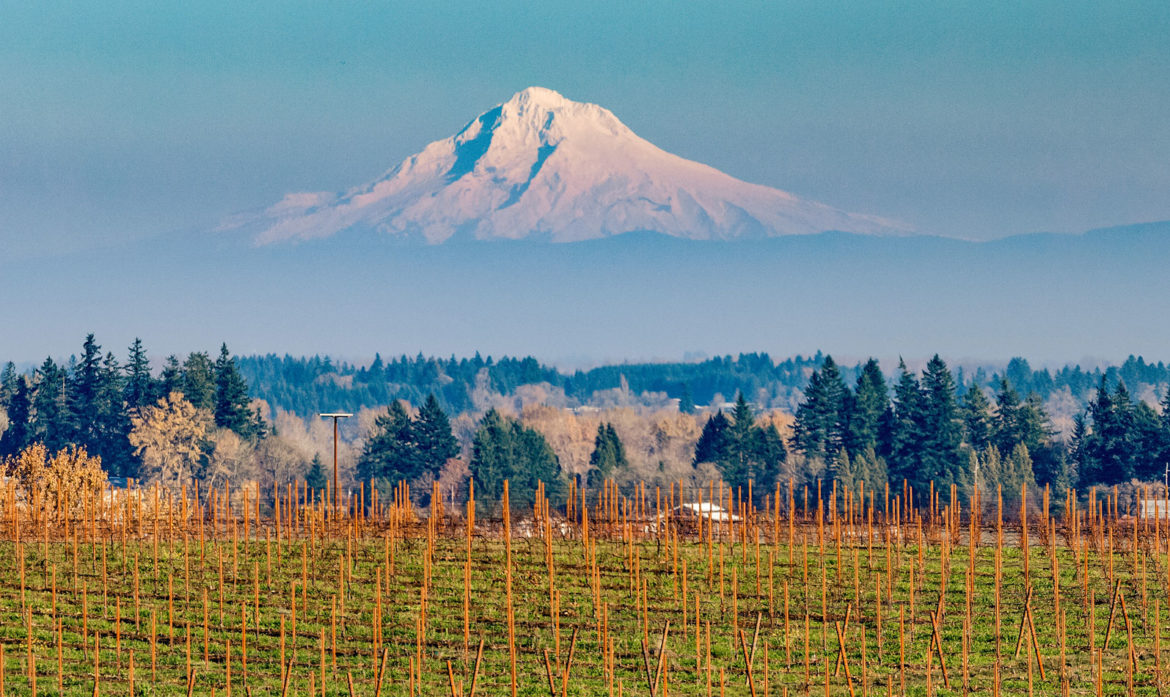 Mention the name Larry Stone and prepare to hear tales of sommelier mastery and mentorship that document a career which is nearly unmatched. Stone’s journey through wine–which has spanned the globe and checked every conceivable box for achievement along the way–has returned him home to the Pacific Northwest in the form of his 26-hectare Oregon estate, Lingua Franca.

Situated in the Eola-Amity Hills, the LS Vineyard was among the most coveted sites in the region before Stone purchased the property in 2012 and planted it to 85% pinot noir and 15% chardonnay. Stone would then form a dream team of sorts, with the addition of consulting winemaker Dominique Lafon–of Domaine des Comte Lafon fame–and estate winemaker Thomas Savre–who cut his teeth at Domaine de la Romanee-Conti, Domaine Dujac, and Maison Nicolas Potel. Together, they designed a cutting edge winery facility that completed construction in 2017 at the foot of the steep, eastern-facing slopes of the LS Vineyard.

Lingua Franca–which translates to “honest tongue”–is inspired by a desire for transparency in winemaking and purity in the vineyard, where the site is allowed to speak for itself. Stone and his team dry farm organically with biodynamic practices influencing much of their work. This respect for the land and what it produces is the function of the team’s stated purpose to create wines of freshness, tension and complexity.

Martine’s Wines is the appointed distributor for Lingua Franca in the states of New York and New Jersey.