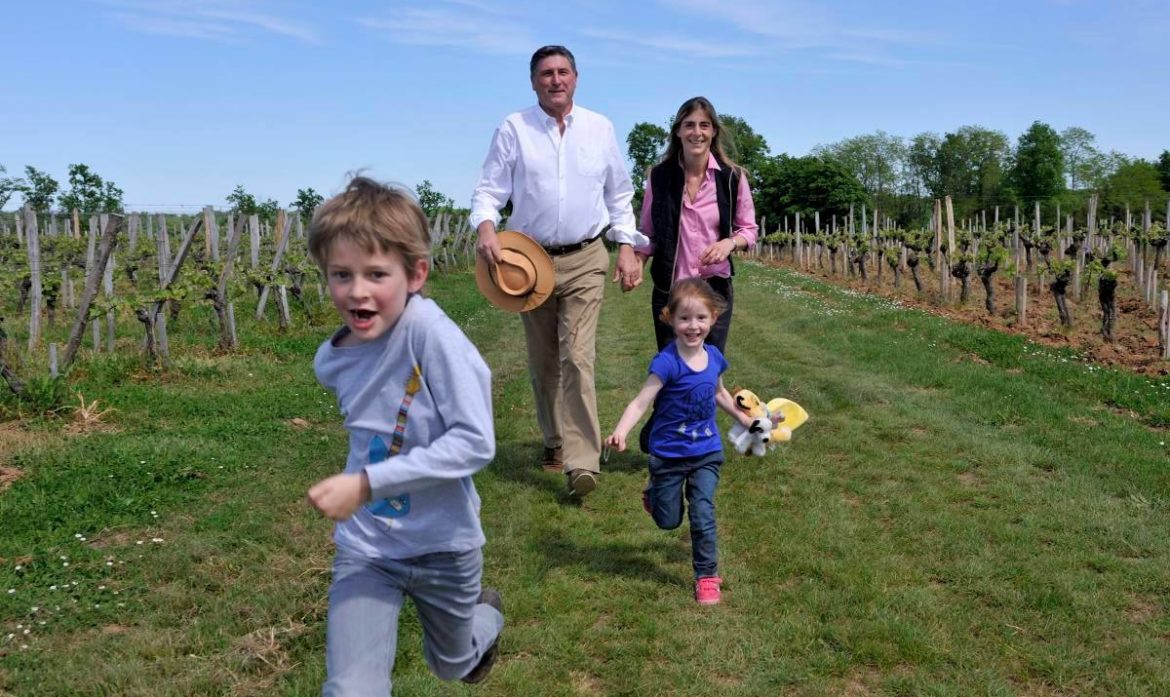 Returning to the Saint-Émilion of her childhood, Olivia Le Calvez has found her new home on the plateau of Puisseguin. She co-founded Château Clarisse in 2009 with her husband, the world-renowned hotelier Didier Le Calvez, formerly of The Pierre and The Plaza in New York and currently of The Bristol in Paris. Named after their daughter, the property is planted with nearly 11 acres of Merlot and two acres of Cabernet Franc.

The name Puisseguin comes from the word Puy, meaning “mount” or “hill,” indicating its elevation as the highest point in the Gironde valley. This attribute, combined with its southern exposure, clay-limestone soils and mild microclimate, make it an exceptional environment for growing vines. The vines of Château Clarisse average 25 to 30 years in age, though Cuvée Vieilles Vignes comes from a parcel of 70-year-old Merlot vines.

In 2010, Olivia hired winemaker Stéphane Derenoncourt to be in charge of viticulture and winemaking. Stéphane believes in letting the soils and the vineyard make the wine, employing minimal intervention so the wines express the energy and the essence of their origins. For Château Clarisse, this means traditional wines with a soft, lush, mellow base and a modern expression of deep fruit.

Martine’s Wines is the appointed importer for Château Clarisse in all of the United States with the following exceptions: NY, NJ.