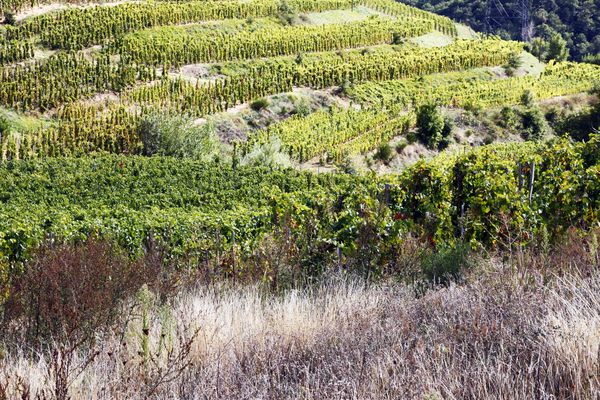 From his small vineyard in the Northern Rhône Valley, Jacques Leménicier produces two wines: a profound Cornas from 100% Syrah and a highly aromatic Saint Péray from Marsanne and Rousanne. An athletic, affable fellow, Leménicier happened into the wine business when he took a job with Robert Michel in 1974, before going to work for one of the most famous winemakers in the region, Alain Voge. He learned at the hand of Voge for more than a decade, eventually starting his own domaine on a small piece of land in the early 1980s. Employing the skills and knowledge he had accumulated, Leménicier began producing classic and expressive wines from Cornas and Saint Péray at incredible price points. During the past 20 years, these beautiful wines have sold out of Leménicier’s cellar mostly to private clients and restaurants throughout France.

Martine’s Wines is the exclusive importer for Jacques Leménicier in the United States.